Thank you for your patience while we retrieve your images.

24 photos
This recent project, “Auction Sites”, originated in 1980 when I came across some Sotheby’s auction catalogs in an English bookstore in Rome. I was attracted to the elegance of the antique pieces and to the history they suggested.

I was especially interested the furniture pieces taken out of context and photographed on the seamless backgrounds. This created an intriguing tension between the three-dimensional objects and the two-dimensional graphic shapes of the image. I have used this basic imagery in a couple of previous projects, “Auction Sights” and “Property of a Gentleman”.

In this series I introduced a natural landscape inside the form of the furniture which amplifies the play between the two and three-dimensional spaces. In addition to a spatial dynamic, I appreciate the juxtaposition of the finely crafted cultural artifacts with the natural elements of the landscape.

In his latest iteration, I’ve also added a third element, as a variety of objects relating to the landscape. These objects influence the way the space of the setting is perceived and potentially suggests a narrative aspect to the image. 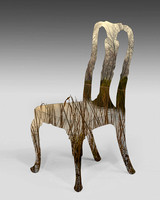 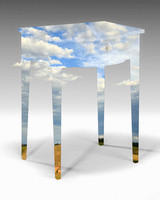 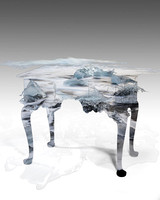 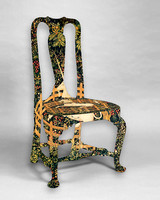 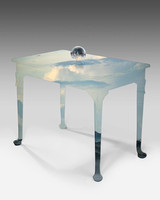 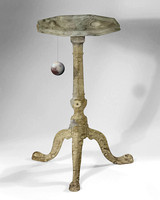 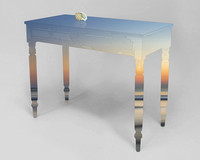 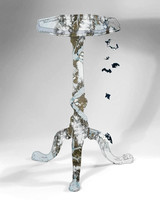 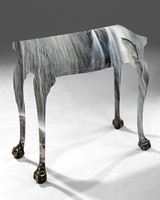 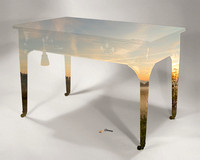 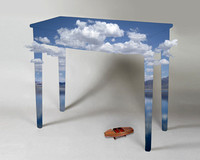 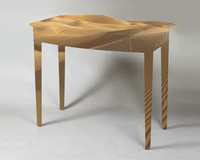 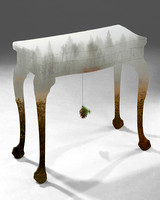 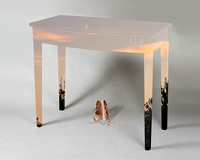 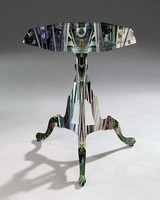 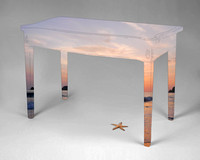 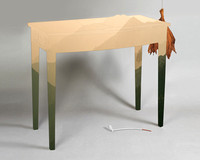 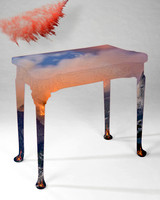 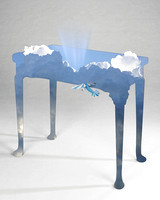 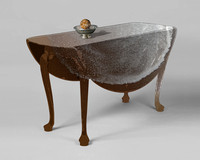